A group of TRR researchers attended the IEEE “International Conference on Learning and Development 2022” (ICDL 2022) to discuss the concept of ‘scaffolding’ and its importance in explainable artificial intelligence. On September 12th, the researchers held a workshop on the topic of scaffolding that included lectures, project presentations, and discussions.

Scaffolding as a foundational concept at TRR 318

The concept of scaffolding originated in human development research. “For example, when a competent person aids a child in their learning process, he or she adjusts the level of support to the child's needs,” says Professor Dr. Katharina Rohlfing, a psycholinguist and spokesperson of TRR 318. “We also find this same phenomenon in explanations between adults: the person doing the explaining must both break down the task itself and their explanation of it, adjusting the knowledge required to the explainee’s growing comprehension – in both verbal and nonverbal ways.”

At the London conference, two project leads first introduced the concept of scaffolding: Dr. Angela Grimminger provided an overview of scaffolding in developmental studies, and Dr. Anna-Lisa Vollmer reviewed research in human-machine interaction, noting that scaffolding has not been widely utilized.

ICDL is an annual conference hosted by the ‘Institute of Electrical and Electronics Engineers’ (IEEE), where scientists investigate how biological and artificial systems learn and evolve. The 12th installment of the conference took place from September 12th–15th at the Queen Mary University of London.

This conference in London was one of the conferences in September where members of Transregio organized a workshop and presented their own work. Some TRR 318 researchers also traveled to Hildesheim for the 52nd annual conference from the German Society for Psychology to speak about elements of explanation from a psychological perspective. TRR members also participated in workshops and lectures at the 27th annual German Conference of Germanists at the University of Paderborn and the Interdisciplinary Congress ‘Data Society.’ 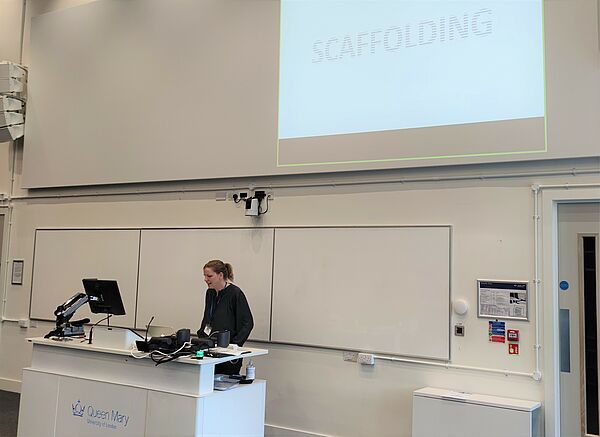 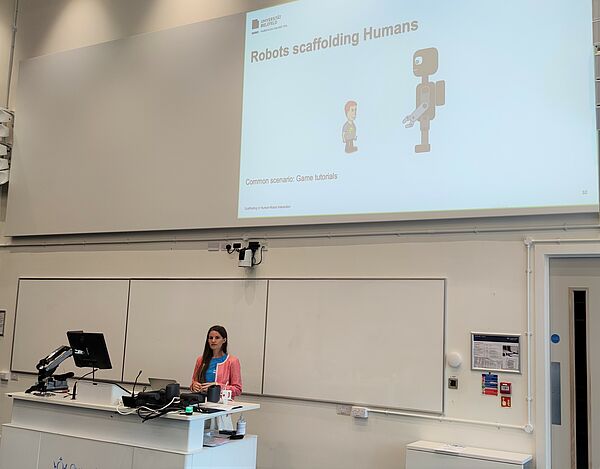 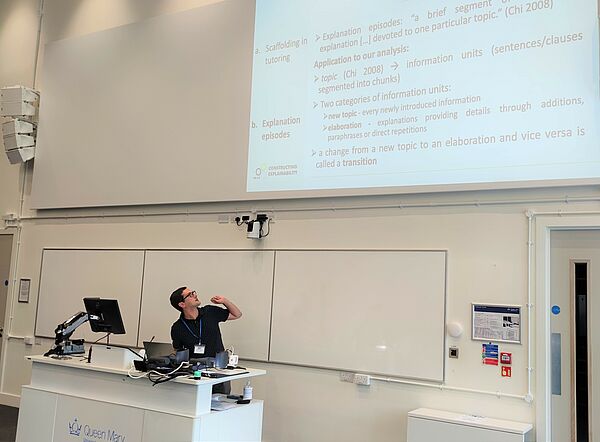